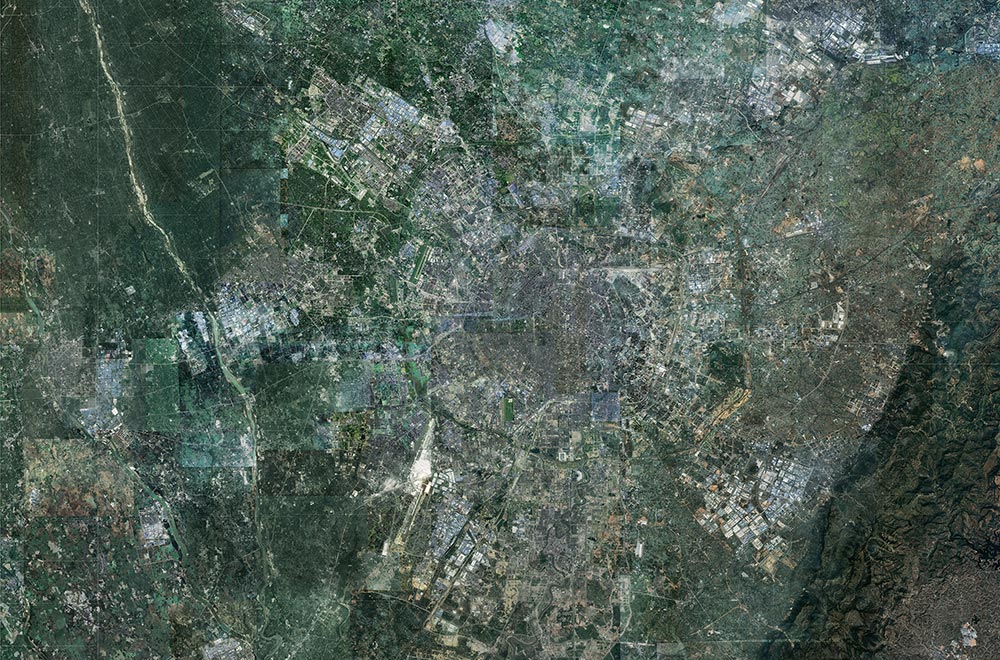 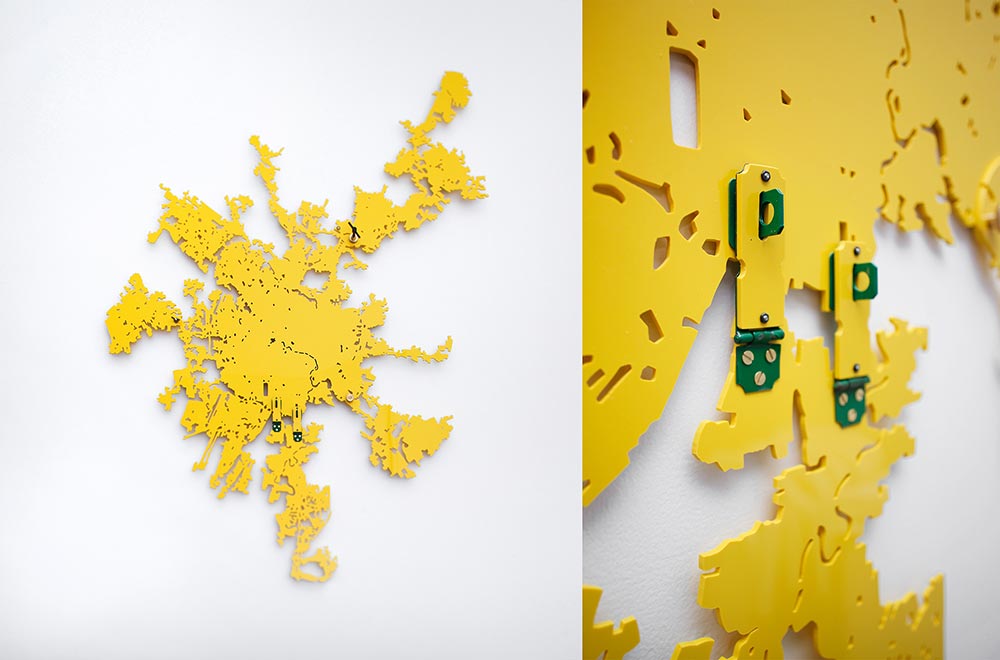 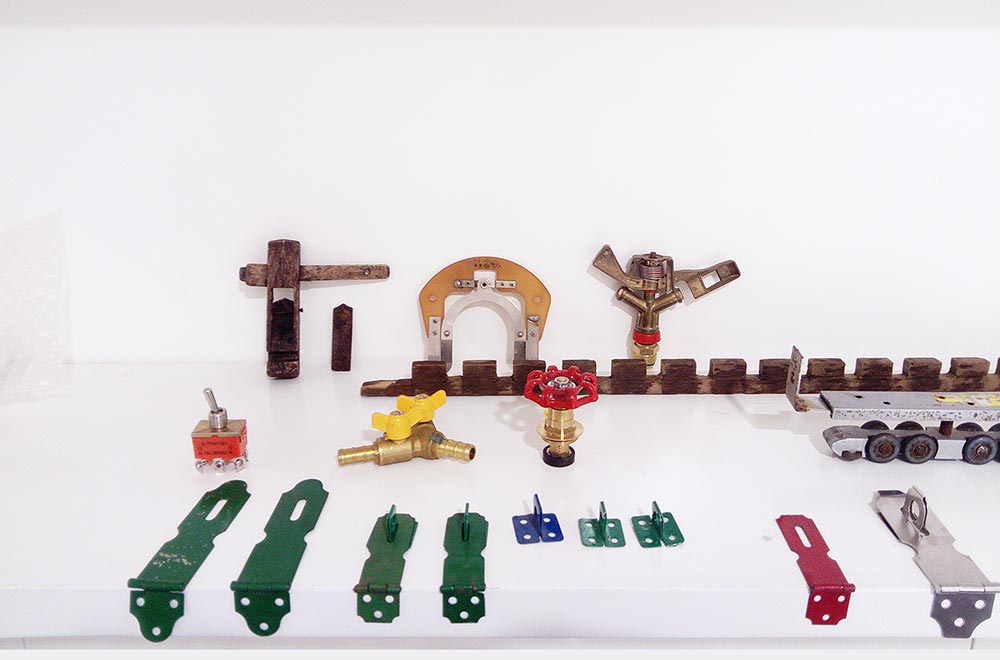 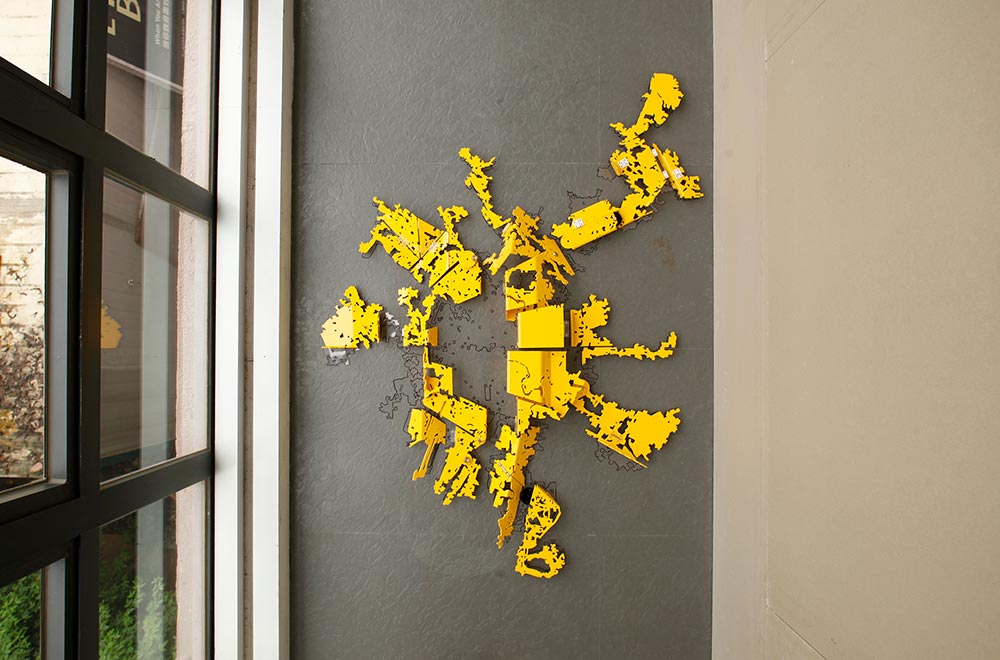 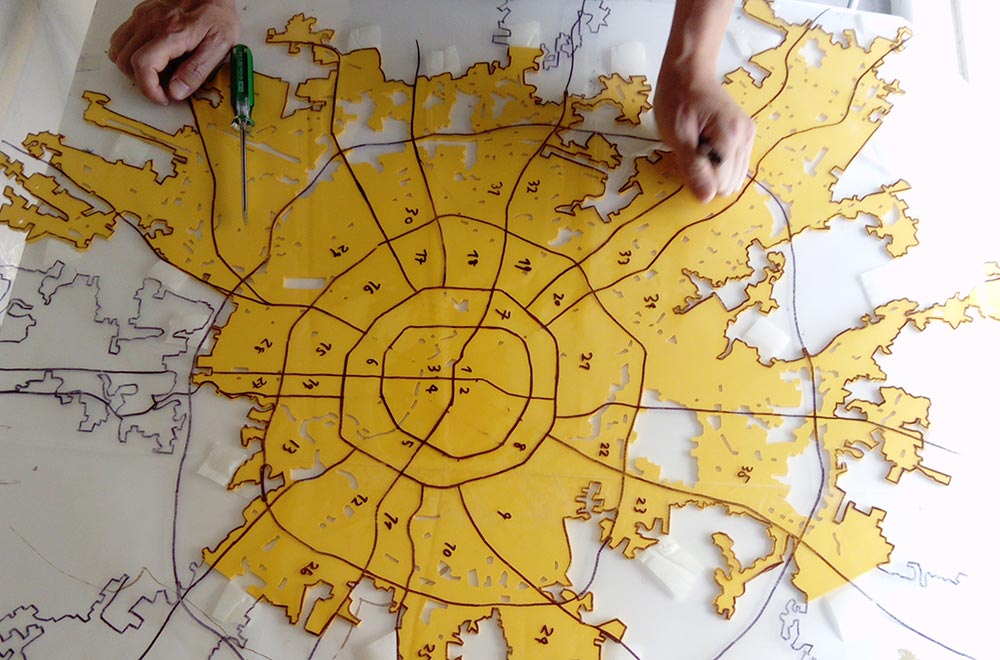 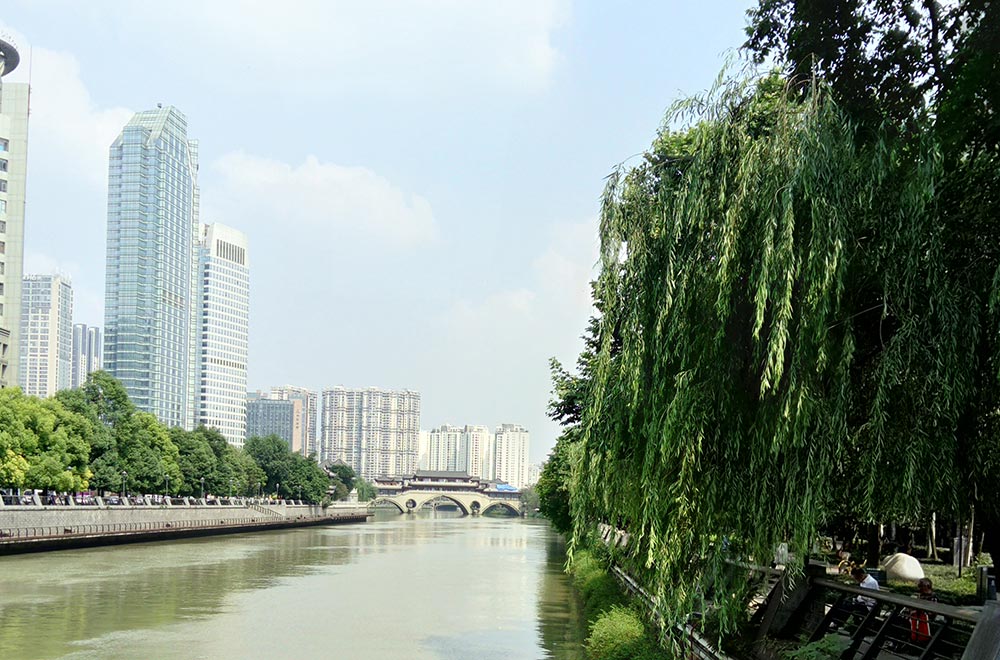 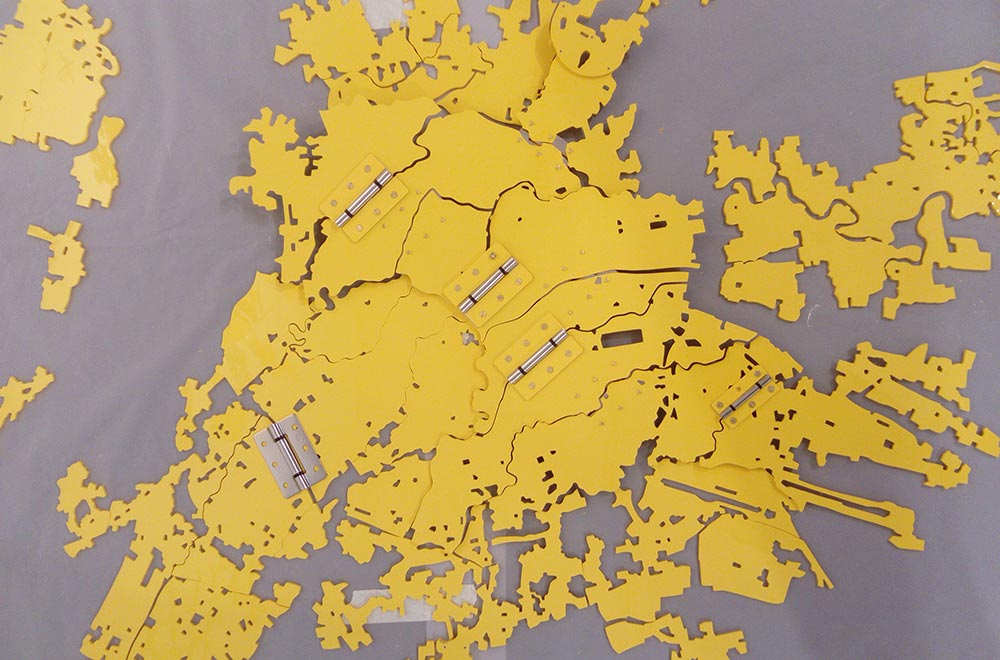 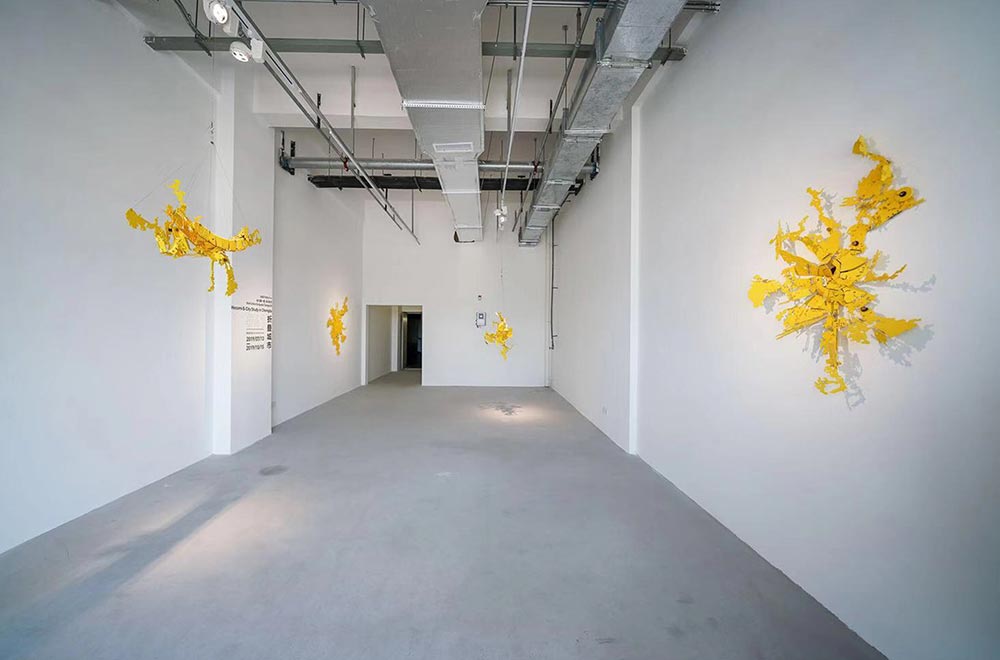 In the course of two months, between May and July of 2019, I participated in the AIR project led by the A4 Art Museum in Chengdu, China. One of my works was inspired by aerial photographs of Chengdu, while the other was divided into parts according to the outline of the city’s road network that I became interested in while living there. The third work is based on the river management (flood control) with its history of more than 2000 years. I transferred the flow of rivers that circulate in the city like blood vessels. The three works were all exhibited in the same exhibition place. 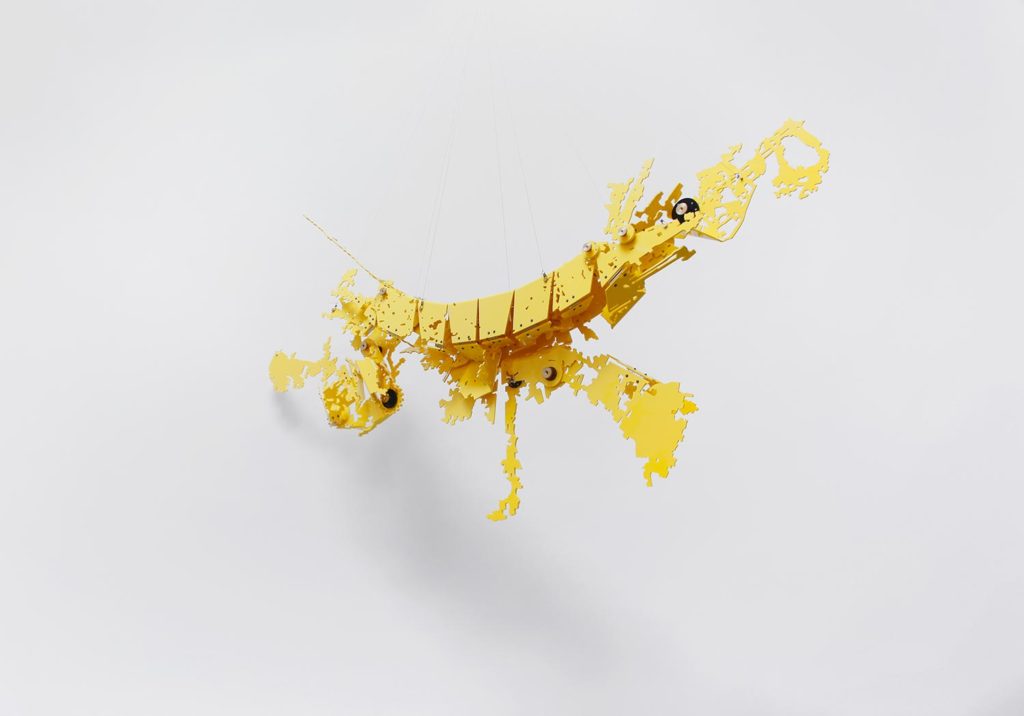 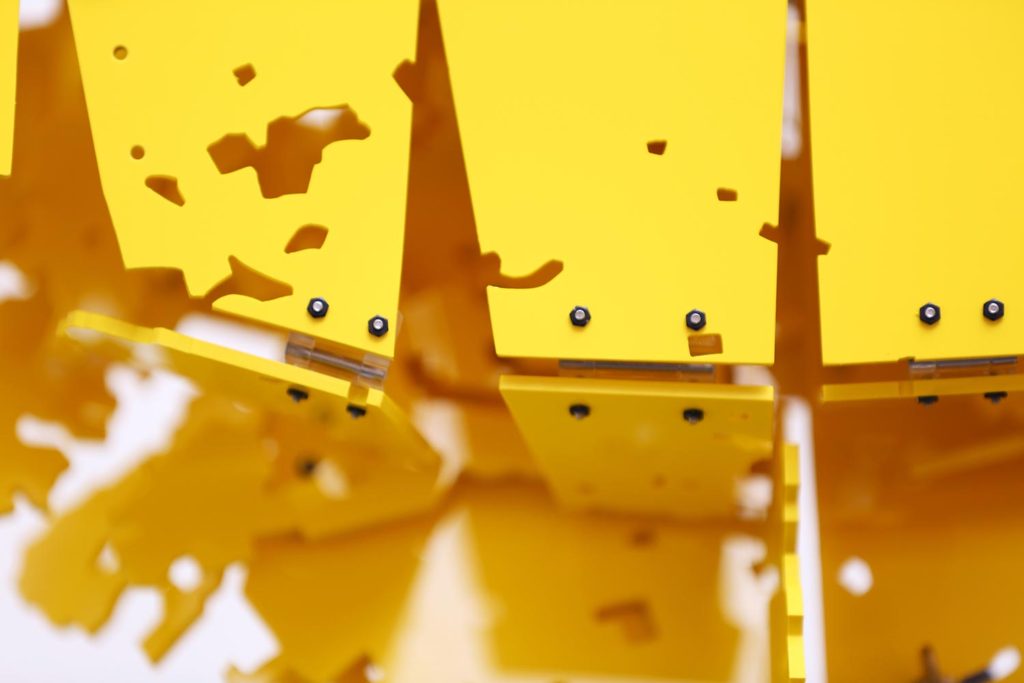 We made work #1 in our Berlin studio from April to May 2019. At the time, we had never been to Chengdu and we lacked actual experience of the city. So we divided into parts at arbitrary place and proceeded production, according to our modeling philosophy
The sculpture reminded us of the spines of dinosaurs or the shapes of crustaceans. 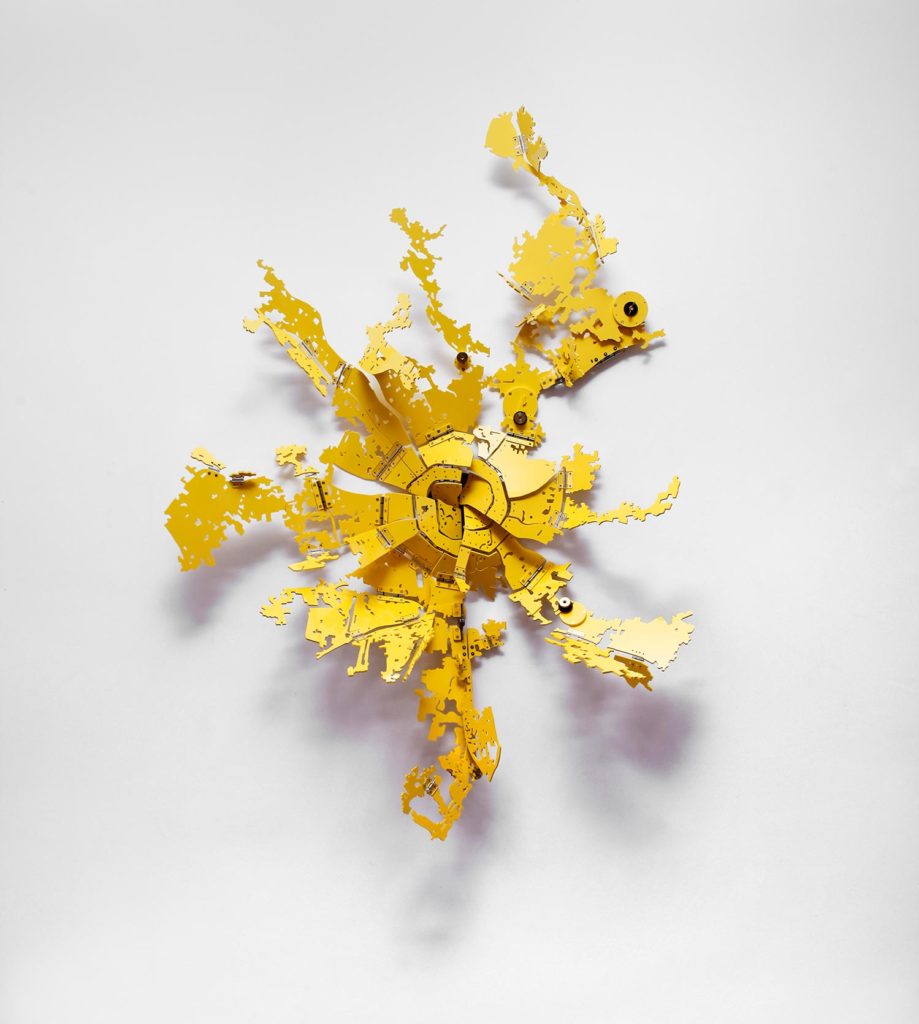 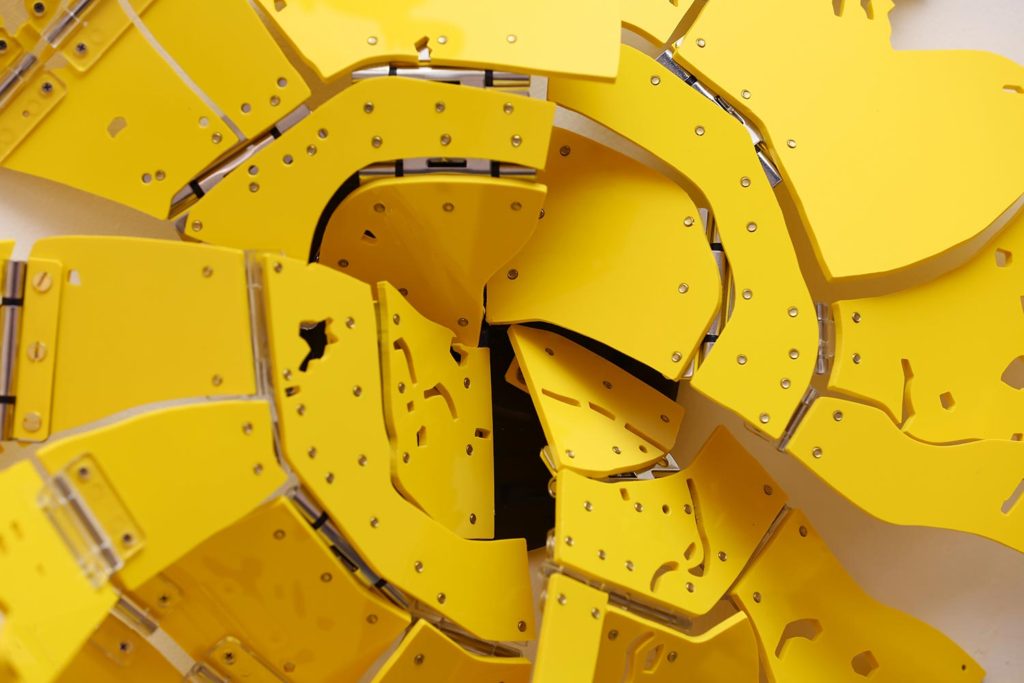 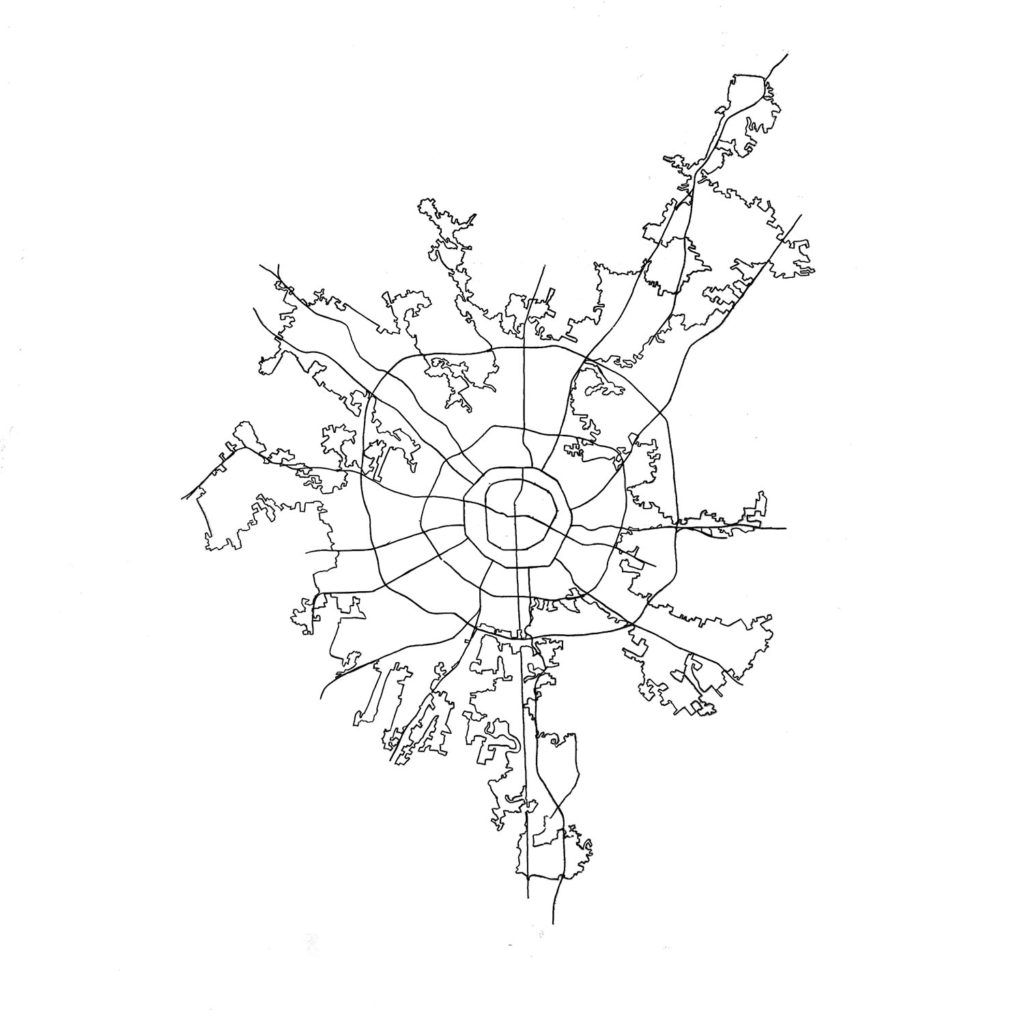 Based on the road such as Tianfu Avenue and Shudu Avenue pass through the city from a north to south and east to west, Huan lu ring road surrounds the city several times, we divided “The Shape of Chengdu” into many parts, which we then folded and joined together.

After arriving in the city, these roads were the most surprising to us. Countless cars, electronic bikes, bicycles, and pedestrians cross at the massive intersection of Tianfu Avenue. Even though we looked out of the window of the apartment every day, we never tired of it. Then, we actually walked into the city, we discovered restaurants and stores, or people clustered around other people playing mahjong or cards, or delicious food on the corner of the street; all of this revealed the everyday vitality of this city.

Each parts of the sculpture is filled with the new things we saw and encountered in Chengdu. and the inspiration for the sculpture came from an image in which those parts are opened like flower buds. 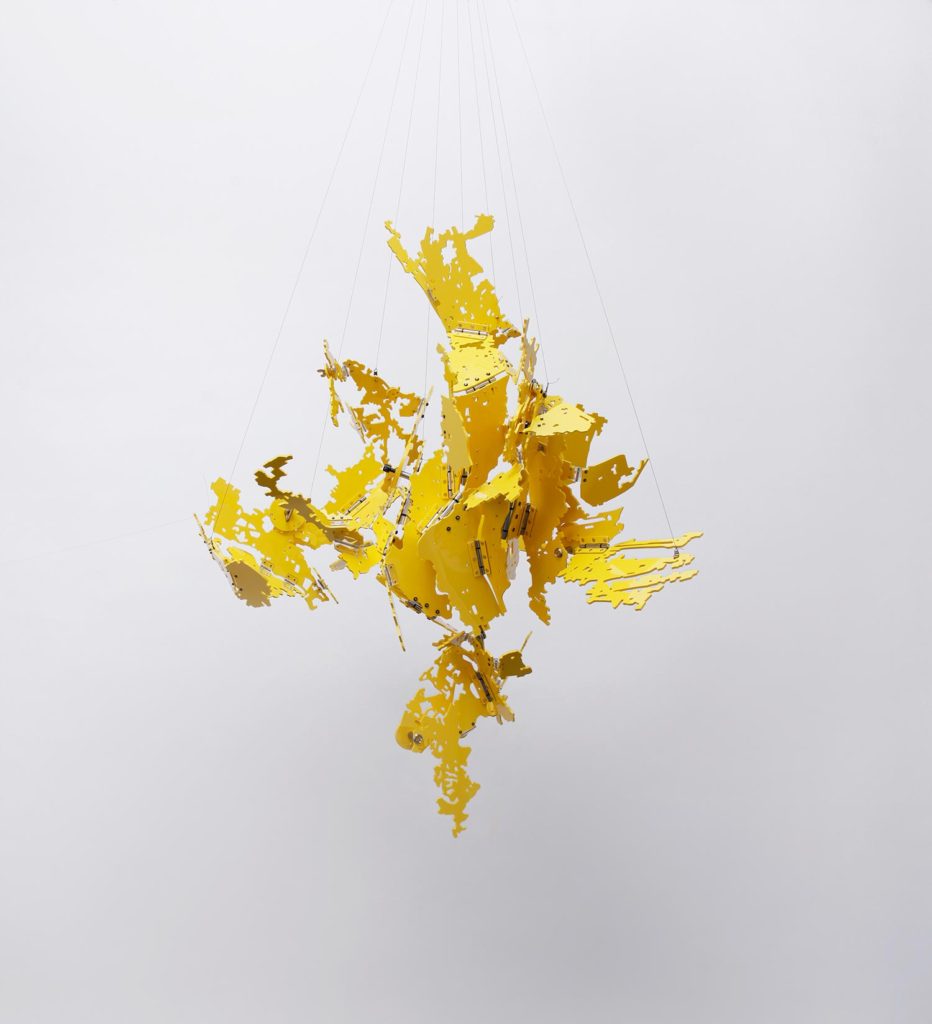 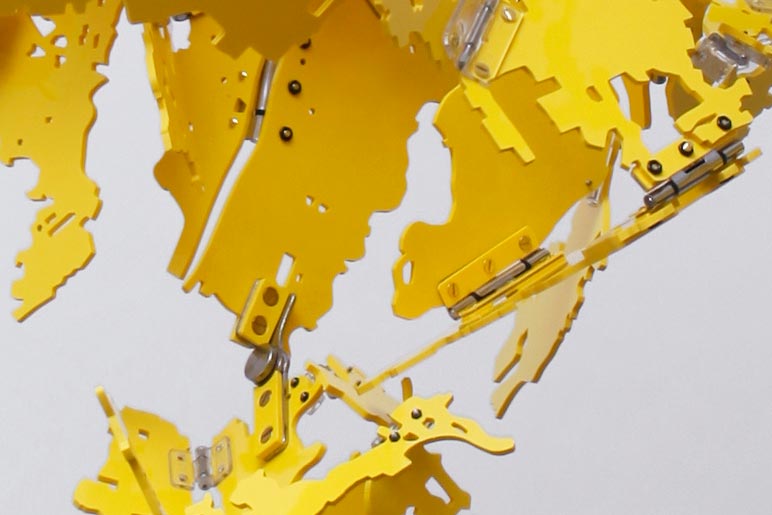 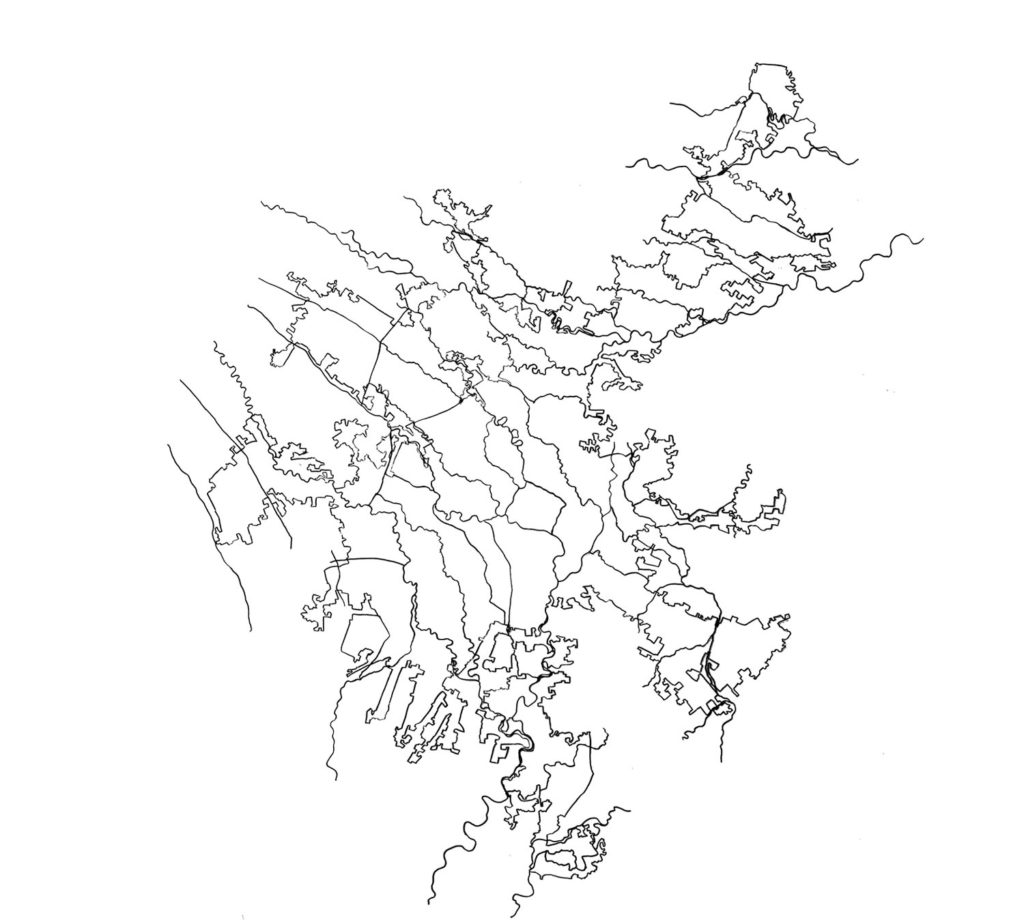 Based on the flowing rivers, we divided the shape of Chengdu into many parts, which we then folded and joined together.

We would occasionally go for morning runs along the river near the apartment. On the way, we saw people doing tai chi, women feeding frogs, egrets and birdcages hanging in trees. We appreciated the vitality and mutability of the river as we run.

This river was the result of a water control and irrigation project from more than 2,000 years ago. When we learned about this, we were awed by its massive scale. From aerial photographs, we could obviously see the confluence of many rivers in Dujiangyan. For us, Chengdu is a water town, and a green city. The jacaranda flowers welcomed us when we first arrived, and we often saw shady trees and carefully-tended parks from the window of the bus, as well as people who were sweeping up fallen flowers and pruning dead leaves. The connection between nature and man made a deep impression. 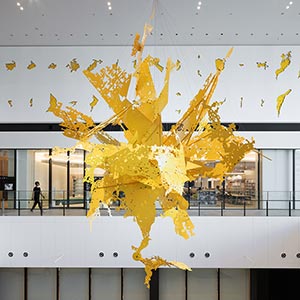 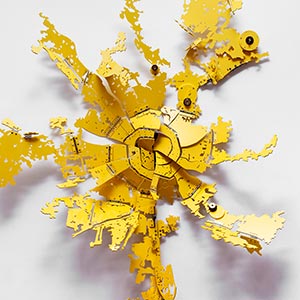 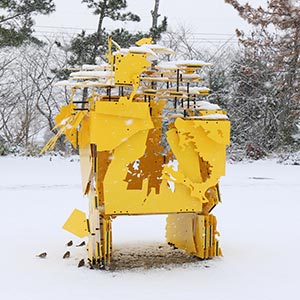 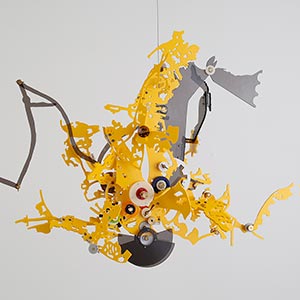